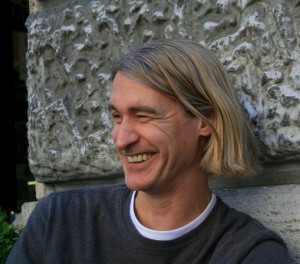 Dr. Frost joined UO as an assistant professor in 2004. Stephen Frost is a paleontologist and morphometrician interested in evolutionary theory as well as human and primate evolution. His research on late Miocene to Pleistocene East African cercopithecids (the Old World monkeys) has focused on describing material from the Afar Region of Ethiopia, as well as the relationship between African cercopithecid evolution and global climatic change. He is also interested in the quantitative analysis of biological shape, particularly using the techniques of geometric morphometrics. He has been participating in fieldwork with the Gona Research Project in the Afar region (directed by Sileshi Semaw) since 2004 and has been involved with a paleontological field work in Tanzania, France, and Greece.